Puppetry came to Japan in the 11th century from Central Asia. Bunraku style puppetry was created in the 17th century in the city of Osaka, the third largest city in Japan. Osaka is still home to the National Bunraku Theatre of Japan.

Bunraku was created through two separate performance styles merging together:

Bunraku puppets feature a head and torso, and hands and feet that are attached with string. The puppet does not have an actual body. The body is created by carefully wrapping the kimono around the puppet to create a chest, stomach, and arms and legs. Talented puppet makers spend a great deal of time designing how the clothing will hang on the body of the puppet to make this illusion truly effective.

A modern take on an old tradition: from The Lion King on Broadway: the character Timon is created by using some traditional Bunraku elements, and also giving it a more modern twist: the puppeteer is only one person, and is coloured to be like the grass that Timon the lemur would eat. 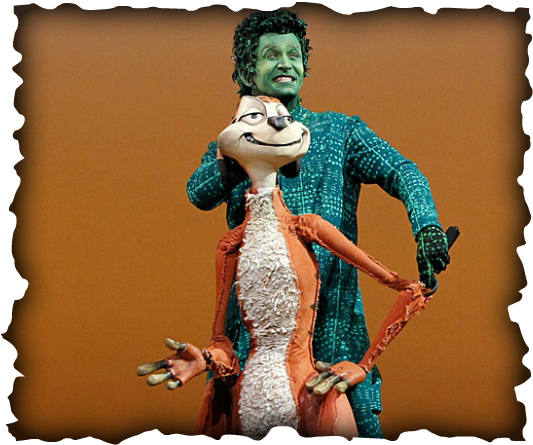 Watch this video where the puppeteer who performs Timon in the Las Vegas production demonstrates how the puppet works, and how what he has to do as a puppeteer to make him come to life: